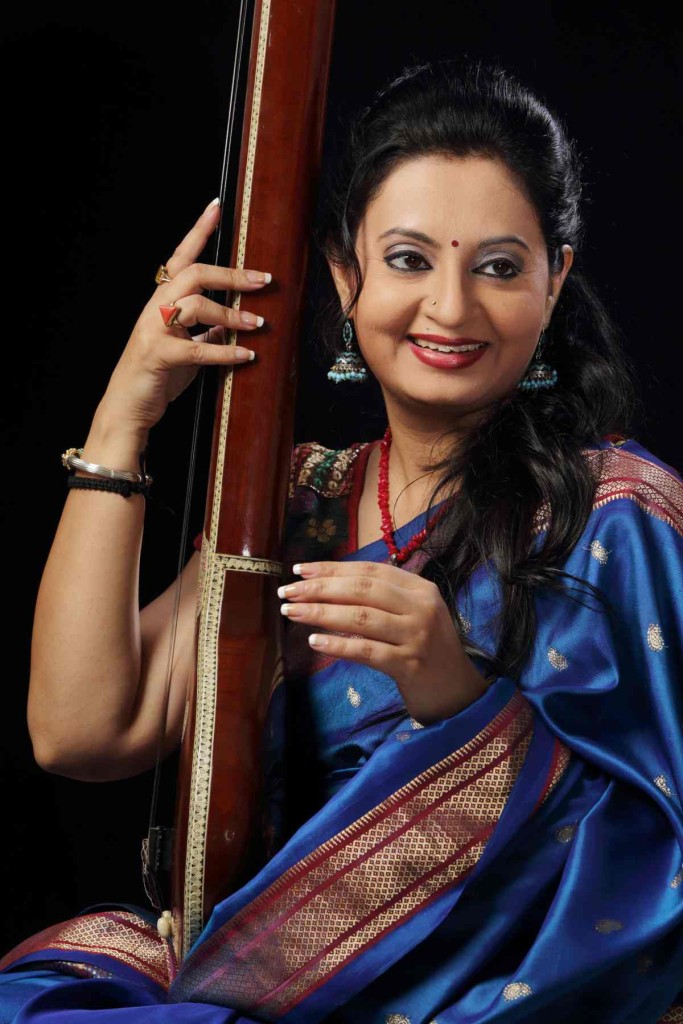 Acknowledged as the scion of the Gwalior Gharana of Hindustani Classical Music, Meeta Pandit is one of the brightest stars of the world of classical music. Meeta is grand-daughter and disciple of Padma Bhushan Pt Krishna Rao Shankar Pandit, the doyen of Northern Indian Classical music in the 20th century, and the daughter and disciple of legendary Pt Laxmanrao Krishnarao Pandit. Meeta is the sixth of the unbroken Pandit line and has the unique distinction of being the first woman musician in the family. Her melodious and robust voice coupled with intricate handling of ragas has won her critical acclaim, and a large following of music lovers.

Meeta’s voice is unique-deep, rich and penetrating with tremendous power, stretching over an amazingly wide range of over 3 octaves. The rendering of traditional, but increasingly rare, Tappa is one of the sublime offerings in her concerts. Besides the styles of Khayal and Tappa, Meeta is equally adept with genres of Tarana, Bhajan, Thumri, Sufi, as well as cross cultural music.

A PhD in Music, Dr Meeta Pandit has won many National awards like ‘The Golden Voice of India’, ‘Sur-Mani’, ‘Yuva Ojaswini’ and the ‘Yuva Ratna’ along with the ‘Young Achiever of the Year’ for the field of Hindustani music by FICCI, a leading corporate forum in India. Leading magazines of India such as ‘India Today’ and ‘The Week’ have featured her on their lists.

In 2007, she was awarded the highly prestigious ‘Ustad Bismillah Khan Yuva Puraskar’ by the Sangeet Natak Akademi, given to promising artistes under 35.

In 2015, she was awarded the Yuva Ratan Samman at the SaMaPa Award ceremony by the Sopori Academy of Music and Performing Arts.

Her albums Footsteps, Young Maestros, Arpan and Tansen (Vol. 1 & 2) have been released by Music Today. She has also collaborated with international artists such as Heiko Dijker and Allie Defau.