For Pandit Laxman Krishnarao Pandit, music is a way of life, the soul itself. It is his strict adherence to classicism and refusal to compromise with his style of music to suit popular trends, that has earned him the reputation of being one of the only true representatives of the Gwalior Gharana. 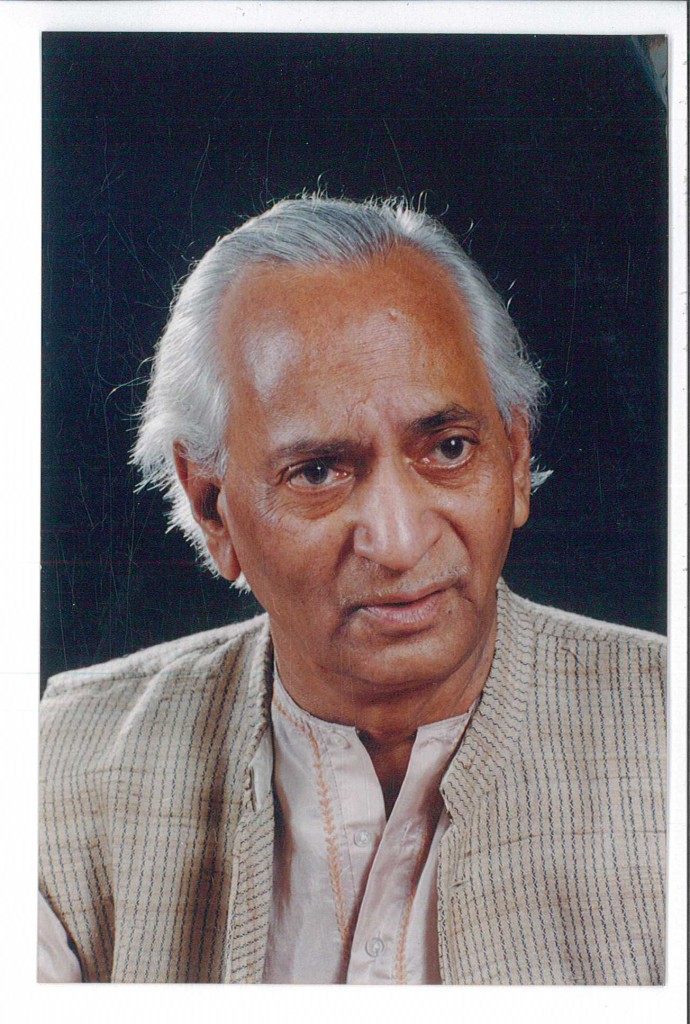 Pt. Laxman Krishnarao Pandit represents the Gwalior gharana (school) of Hindustan classical music – the oldest tradition and the fountainhead of all subsequent gharanas. Born on 5 March 1934 into a family of musicians, Pt. L. K. Pandit is the fifth in an unbroken lineage of legendary musicians. His grandfather, Pt. Shankarrao Pandit, was a direct disciple of the founders of the Gwalior Gharana – Ustad Haddu, Nathu and Nissar Hussain Khan. His father Padma Bhushan Pt. Krishnarao Shankar Pandit trained Panditji since early childhood in khayal, tappa, tarana, ashtapadi and thumri.

The accuracy of his notes is legendary, and his Khayal style unparalleled. He follows the Gwalior Gharana formate faithfully, and develops raagas in Ashtaang gayaki – a systematic eight-fold elaboration of the raga, which are alap-behlawa, bol-alap, taan, bol-taans, layakari, gamak, meend-soot, and murki-khatka-jamjama, with its varieties. He combines his sound knowledge of raagas with expert handling of rhythm, which makes climaxing at the ‘sam‘ a unique experience each time.

Laxman Pandit is one of the few musician today who can render the difficult genre of tappa with ease and fluidity. Tappa is the most taxing form of singing and demands instant, protracted moves up and down the saptak (octave), calling for constant innovation, apart from superb breath-holding holding capacity.

Panditji’s repertoire includes a treasure house of some of the rarest, ancient and most beautiful bandishes (compositions), handed down to him by his illustrious ancestors. To make sure that these do not go into oblivion, some have been recorded by the Ford Foundation, Sangeet Natak Academi, Samvad Foundation, All India Radio and other archival institutions.

Besides being an excellent performer, Panditji’s contribution to music is his excellence and throughness as a Guru(teacher). He was associated with the Faculty of Music and Fine Arts, Delhi University, as a Professor, and also as Producer (music) with the All India Radio.

He has presented a popular series on classical music appreciation, Prabhati, for television which was first of its kind. He is a serious scholar, and is currently engaged in documenting the style and compositions of his gharana, with a view to preserve them for posterity. 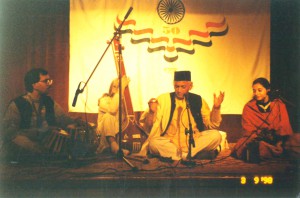 Panditji has given thousands of live concerts, and radio and television performances in India and abroad and has a number of commercial releases to his credit. He is a Fellow and member of several distinguishes musical committees.

This course combined theory and practice, and was designed to increase appreciation for North Indian Classical vocal music. The classes met twice a week for two hours, and would cover the history of North Indian Classical Music, different kinds of music, such as classical, semi-classical and an introduction to musical terms. Live demonstrations were a highlight of the course. Students were introduced to intricacies of alankar, sargam, raga, chota khayal, tarana, alaap and taan. Raaga (An Indian classical melodic form) was covered during the course.

He holds private lessons by arrangement.